I will be posting some notes that I take while studying. These may be useful to someone who is preparing for his or her CCNP/CCIE exam. Some of these are not put explicitly in the documentation. This time it’s about RIP.

When you issue router rip and network x.x.x.x commands on a Cisco Router it brings up version 1. What it actually means is that it starts to send v1 updates but listens to both v1 and v2. You can verify it show ip protocols output: 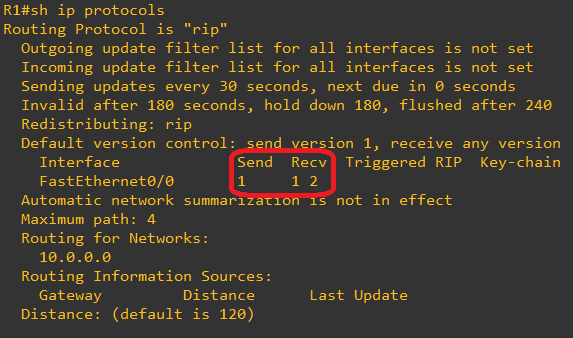 When you issue version 2 global command it starts sending and receiving v2 updates only: 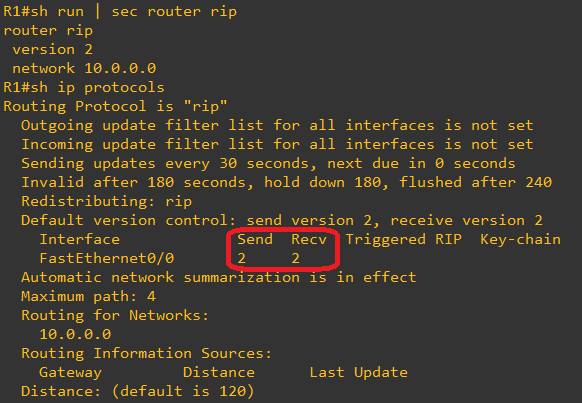 However you can turn on and off v1 and v2 updates on a per-interface basis and set whatever combination you want with two interface-level commands: 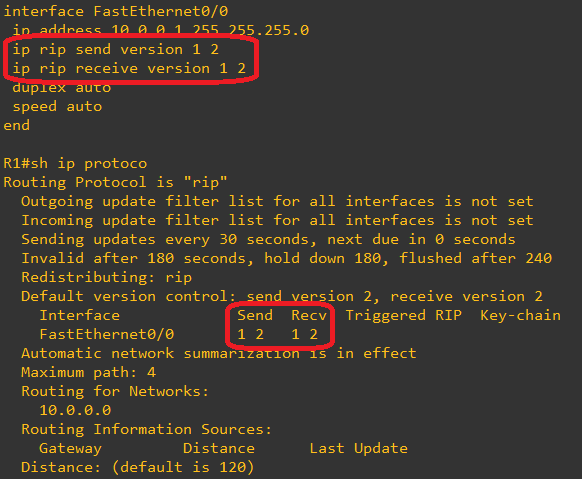 You can modify administrative distance for routes based on:

This is done with distance command under rip process. You specify the AD value you want to set, then sources range and wildcard mask and then the access-list that defines the network part of the routes (unfortunately there is no way to use prefix-lists here, so you can’t specify prefix length). Here is an example:

RIP has no “formal” neighborship concept it justs sends and receives updates in and out of interfaces where it is enabled so there is no analog of show ip ospf neighbors or show ip eigrp neighbors command for RIP. However show ip protocols command provides you with some useful data on routers neighbors: 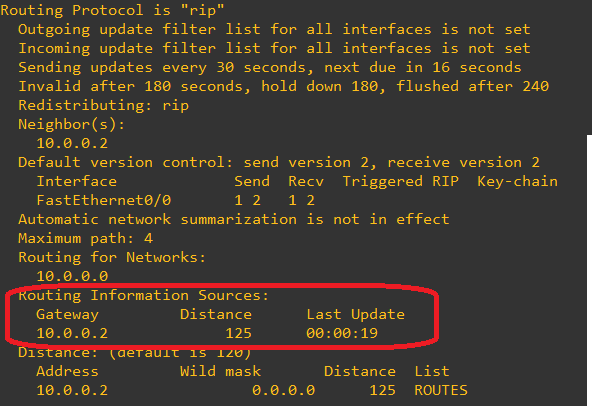